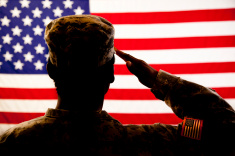 A disabled veteran came to our office for help in 2005. Cumulatively, his service-connected disability ratings totaled 220%. For example, he had four separately rated shrapnel wounds all with retained pieces of shrapnel in different parts of his body, including his chest and his leg, which caused significant pain and weakness. After several administrative hearings and a United States District Court appeal, Cerney Kreuze & Lott was able to prove on remand that the veteran was disabled under Social Security’s regulations.
When the claim was finally granted in 2014, he received over 130 thousand dollars of retroactive benefits for him and his children.

A young man came to Cerney Kreuze & Lott looking for help to prove he could not work. He was in special education in school and had serious learning problems. Even so, he found a job doing heavy labor for 15 years as a dock worker until he hurt his back and became seriously limited in lifting and stooping. We were able to prove that his learning problems were severe enough that with his new physical limitations, he was disabled under Social Security’s rules. He was able to obtain disability insurance benefits and Medicare. 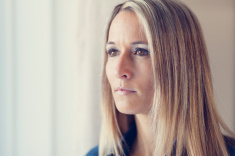 A nurse who often worked double shifts to support her son began having serious difficulty walking and standing at her job. She had congenital ankle and feet deformities that caused worsening pain until she essentially was unable to walk. Despite surgery, she remained in a wheelchair. We were able to prevail on her claim at the hearing level and she obtained disability
insurance.

Another client was on SSI for several years for his schizophrenia. He came to us to try to get insurance from his father’s retirement benefits. We had to prove his disability began more than 30 years earlier, at age 22 to obtain this insurance. We obtained journals from the client’s mother, a medical opinion, and some documentation of medical visits to prove his schizophrenia began before age 22. We prevailed on his claim at the hearing level and he obtained disabled adult child benefits.